Get Your FREE Class Now!

Enter your info now
to get a FREE class
at Parra Academy
of Martial Arts:

Jeet Kune Do and Muay Thai 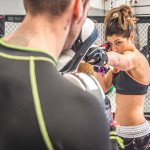 Looking for a FUN workout where you can also learn practical self-defense skills? Check out our Jeet Kune Do and Jun Fan Arts classes! You'll get an awesome workout while learning effective punching, kicking, trapping, and clinch skills. Click below to find out more... 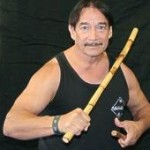 want to learn a practical method of self-protection using all manner of bladed and impact weapons AND defenses against those weapons, check out our Kali-Silat classes! Click below to find out more... 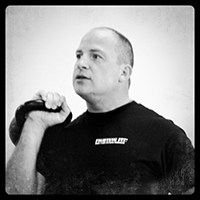 "I've trained with everyone from world champion fighters to master instructors in traditional arts to hardened professional soldiers, and I can tell you that Ray Parra is on-par with any instructor out there. For one, he's a walking encyclopedia of martial arts knowledge and fighting skill. Second, he can teach what he knows! It's rare to find someone with his level of skill and knowledge, who can also effectively impart that knowledge to others. Ray is that rare combination of fighter and teacher that most life-long martial artists like me hope to find. If you're on the fence about training with him, I suggest you take action and contact him now before he gets a waiting list for his classes! Don't hesitate and do not pass go until you pick up the phone and call him. You will not be sorry you decided to train with Guro Parra."

Read on to find out how you can learn Bruce Lee's Jeet Kune Do and Filipino Kali Stick and Knife Fighting... right here in Austin, TX!

"Discover How Bruce Lee Easily Beat Guys Twice His Size... And How He Stayed In Tip-Top Shape, Year Round!"

- Do you wish you could get in better shape?

- Are you sure you could handle yourself in a real-life violent confrontation?

- And, are you looking for a fun way to get that stress monkey off your back? 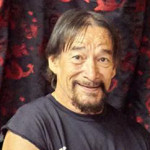 My name is Ray Parra, and I'm the owner and head instructor here at the Parra Academy of Martial Arts right here in Austin, Texas.

Here at the Parra Academy, we teach Bruce Lee's Jeet Kune Do ("The Way of the Intercepting Fist", also known as "JKD" for short) and Filipino Kali-Silat, the empty-hand and weapons arts of the Philippine archipelago.

For four decades I've been on a journey to learn the combat arts from the top masters and instructors, where ever I could find them.

Now, after four decades plus of training and seeking knowledge, I'm sharing that wisdom with a select group of students, right here in my private South Austin dojo.

What The Heck Is Jeet Kune Do?

In the same way, Filipino Kali-Silat is a very pragmatic martial art. Originating in the blade culture of the Philippines, where in some areas kali practitioners still have fights to the death, the skill of kali are focused on maximum damage with minimum effort. As a martial art weaponry system, kali has no equal.

So Why Should I Learn Kali and Jeet Kune Do?

There are several reason why you might choose to learn Kali and Jeet Kune Do over another martial art. For starters, practicality. Most martial arts classes consist of about 90% impractical and useless training (at least as it applies to self-defense). In the typical karate or kung-fu class, you'll spend most of your time learning how to do movements that have nothing to do with real self-defense.

But in Jeet Kune Do and Kali, we are ALWAYS practicing real fighting! So, when you train in JKD, your time is going to be spent exclusively on learning real fighting skills.

Second, for fitness. In many martial art schools, the classes move so slowly as to be almost sedate. But in JKD and Kali training, you're always moving. This means that you'll be burning a lot of calories in each and every class - which was one of the reasons why Bruce Lee was so fit!

And thirdly, it's fun! We take a very relaxed and casual approach to training in Jeet Kune Do and Kali. There are no uniforms, no crazy rituals, no yelling or screaming. You'll be treated with respect in every class, and you'll enjoy the interaction of camaraderie of training with like-minded adults who are here for the same reasons you are - to get in shape, learn self-defense, and have a lot of fun doing it!

And What Will I Learn In Jeet Kune Do and Kali?

I touched on this just briefly before, but here's a quick run-down of the skills taught in each class:

Sound interesting? Ready to take the next step? Here's how...

P.S. - Don't worry, you won't get beat up in Jeet Kune Do or Kali class. Our classes are for everyone, from soccer moms, to police officers, to professionals. Just remember that you WILL work up a sweat in class, so bring plenty of water!

P.S.S. - We also have an exciting kid's mixed martial arts program, taught by my very talented son, Jeff! Call us at 512-797-1063 for details and to schedule a free class for your child. Again, there are limited spots in those classes, so if you're interested, call today.